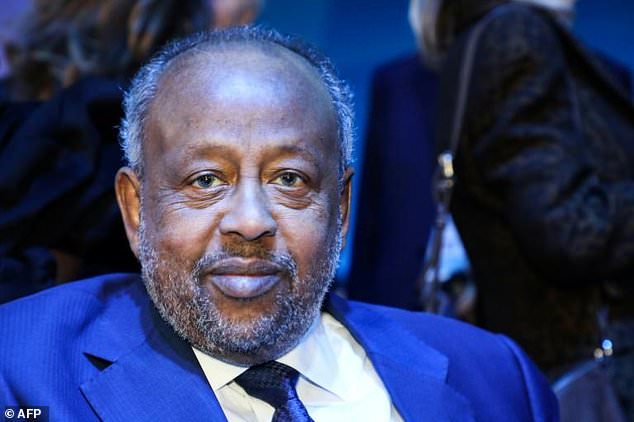 Guellah has ruled Djibouti since 1999, when he was the handpicked successor to his relative Hassan Gouled Aptidon, the country’s first president after independence

Djibouti’s President Ismail Omar Guelleh is a strategic thinker who has used his country’s unique position on the Horn of Africa to lure investors and foreign military powers, while keeping an iron grip on power.

The portly 73-year-old polyglot with a salt and pepper beard has been in power since 1999, and most Djiboutians just refer to him by his initials, IOG.

He was the handpicked successor to his relative Hassan Gouled Aptidon, the country’s first president after independence from France in 1977.

Born in 1947 in neighbouring Ethiopia, where his father was a railway worker, Guelleh returned home as a teenager, later joining the police.

He quickly rose to become Aptidon’s chief of staff, a powerful role with control over security forces and the intelligence services that he held for 22 years.

In 1999, Aptidon stepped down, passing the torch to Guelleh, who was elected without a struggle.

A wily political operator who pledged during an election a decade ago it was “my last race”, Guelleh is now seeking a fifth term in office, unbound by constitutional limits.

Starting from his earliest years in power, Guelleh seized on Djibouti’s unique geographic location on the Red Sea to develop the tiny, arid nation of one million into a reliable international military and maritime hub. 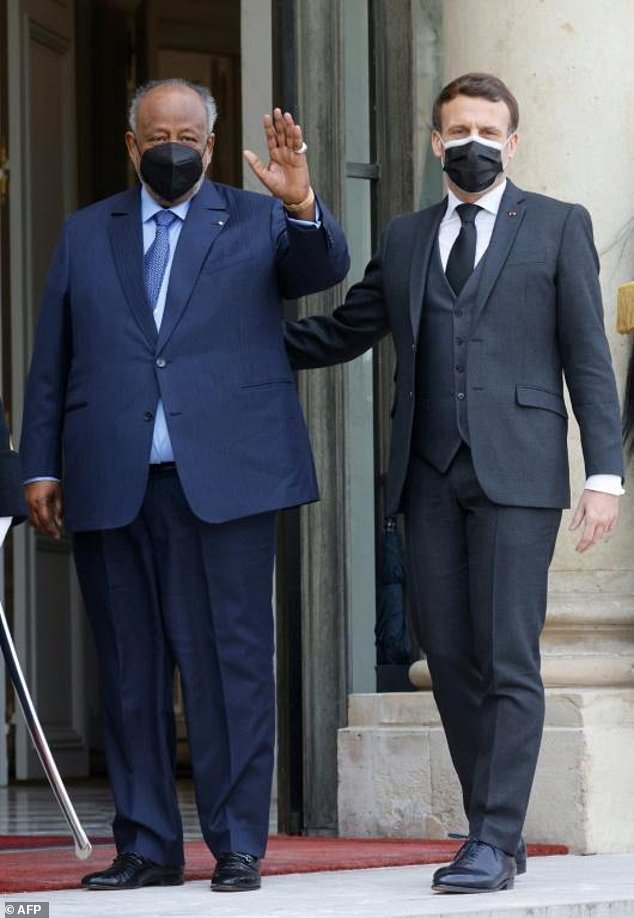 Guellah with French President Emmanuel Macron. Djibouti hosts military bases for global powers including France, the US, Japan and China

The third-smallest country by area on the African mainland, and sandwiched between volatile neighbours, Djibouti embarked on an infrastructure blitz, courting major investment in its quest to become the “Dubai of Africa”.

It also hosts military bases for global powers including France, the United States, Japan and China.

“IOG is open to new things, especially when it comes to digitalisation, fintech, and new technologies,” said Benedikt Kamski, a researcher based in Addis Ababa for the Arnold Bergstraesser Institute, a German think tank.

“I think he is a strategically thinking politician who understands the strength of Djibouti and uses the country’s potential,” said Kamski, who also described Guelleh as a “power-seeker”.

Guelleh relies on both his sub-clan, the Mamasan, and his extended family to control the levers of power.

His wife, Kadra Mahamoud Haid, is an influential figure while relatives, both close and distant, hold many key positions in the administration.

Despite a plethora of infrastructure projects — largely financed with massive loans from China — many Djiboutians still live in grinding poverty.

Guelleh’s government has also been accused by rights groups of cracking down on dissent, limiting free speech and suppressing opposition parties.

While Guelleh is seen as a shoo-in for re-election on Friday, this run should be his last, at least on paper.

When a limit on presidential terms was scrapped in a 2010 constitutional revision, an age cap was introduced, mandating that candidates must be under 75 years old.

“I see this election now as a starting point for the post-Guelleh era,” Kamski said.

Guelleh is expected to anoint a successor from within his own trusted circle, in much the same fashion as his own appointment.

Somalia – a country in democratic crisis.

Converting to Islam cost me…