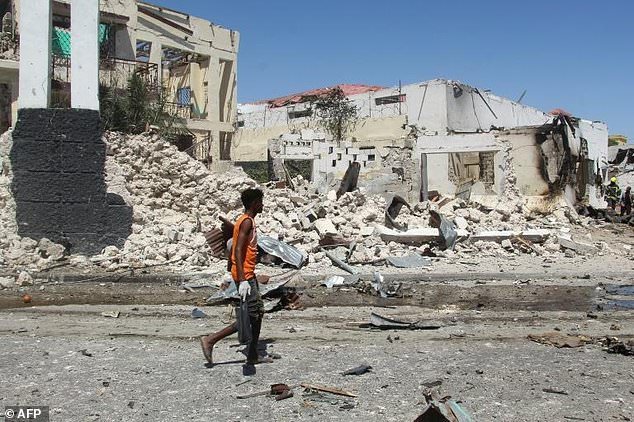 A car bomb explosion in Mogadishu on January 12, 2022 killed several people while wounding others

The United States on Wednesday brandished the threat of sanctions if troubled Somalia misses its latest deadline for elections.

Somali leaders on Sunday announced that elections that were due to be concluded last year will take place by February 25.

“Somalia’s elections are more than a year behind schedule. The US is prepared to take measures against spoilers if the new National Consultative Council timeline is not met,” the State Department’s Africa bureau said in a Twitter post.

The mandate of President Mohamed Abdullahi Mohamed, better known as Farmajo, expired in February 2021 and was controversially extended in April, triggering deadly gun battles in the streets of Mogadishu.

World powers have voiced fear that election delays, as well as the ongoing feud between Farmajo and Prime Minister Mohamed Hussein Roble, could set off new troubles for a country that has lacked stable governance for three decades.

Somalia is battling a deadly insurgency by Al-Shabaab jihadists and is in the grip of a drought that has left one in four people facing acute hunger, according to UN estimates.

Several people were killed on Wednesday in a suicide car bomb blast in Mogadishu, which was claimed by Al-Shabaab.

The government said in a statement on Twitter that the blast killed four people and injured six others, while a local government security officer had earlier told AFP that at least six people were killed.