Ethiopian-American Nasa research engineer Berhanu Bulcha is aiming to find a solution to the problem of locating water on the moon, to help humans set up a permanent base there.

Without water there can be no life.

Whether humans are on the Earth or elsewhere in the universe, that axiom remains the same.

Nasa’s Artemis 1 rocket was finally launched this week – the start of an ambitious space exploration programme that is designed to take humans back to the moon and beyond.

Addressing the issue of how to get hold of water beyond Earth is crucial. The lunar base being planned would be impossible without the precious liquid and Dr Berhanu is leading a team working on how it could be found on our planet’s only natural satellite.

Water can be transported from Earth but this is expensive and highly inefficient. Significantly lunar water could also be used to make rocket fuel, allowing the moon to be a platform for further space travel, which would bypass the need for the huge rockets required to overcome our planet’s gravitational pull.

Dr Berhanu and his team are developing a prototype light-weight compact spectrometer that could definitively identify where water reserves are on the moon.

“It’s the million-dollar question,” he tells the BBC by phone from one of Nasa’s offices in the US.

Since getting to graduate school at the University of Virginia 12 years ago, Dr Berhanu has been focussing on developing space instruments that would solve problems for Nasa – and arguably the search for water is the biggest problem of all.

The presence of some water on the moon has already been confirmed. But the issue with most methods of detection is that they cannot tell the difference between water, which is made up of hydrogen and oxygen, and hydroxyl, another hydrogen-containing compound.

The device assisted by the laser that Dr Berhanu is working on emits particles of light at a frequency specific to water, which can be used to pinpoint its presence.

His team is developing what are called quantum cascade lasers to reach this frequency that has been hard to achieve in the past, Nasa’s news service reports.

Dr Berhanu describes it as a novel technological development that will enable astronauts to use a hand-held device to find both the location and volume of water – something which has not been achieved before.

The tiny instrument could also be deployed on a remotely operated rover. Reducing the size and weight of any objects designed to go on a lunar mission is crucial as space is at a premium.

Based at Nasa’s Goddard Space Flight Center in Maryland, Dr Berhanu recently received $2.5m (£2.1m) to continue working on the prototype. It might take another two years to finish but Dr Berhanu says he is optimistic that it can be done and it will work.

There is no doubting his determination and tenacity – and he sees these as defining characteristics for himself.

The 38-year-old grew up in the Ethiopian capital, Addis Ababa, but moved to the US after high school to study physics and engineering at Virginia Commonwealth University.

He had to be self-reliant.

“When I came to the US I did not have a support network, I was supporting myself. I was really isolated from the culture I grew up in and immersed into a new culture. The first thing you think of is to work hard and succeed in education,” he says, reflecting on his early years in his adopted country. 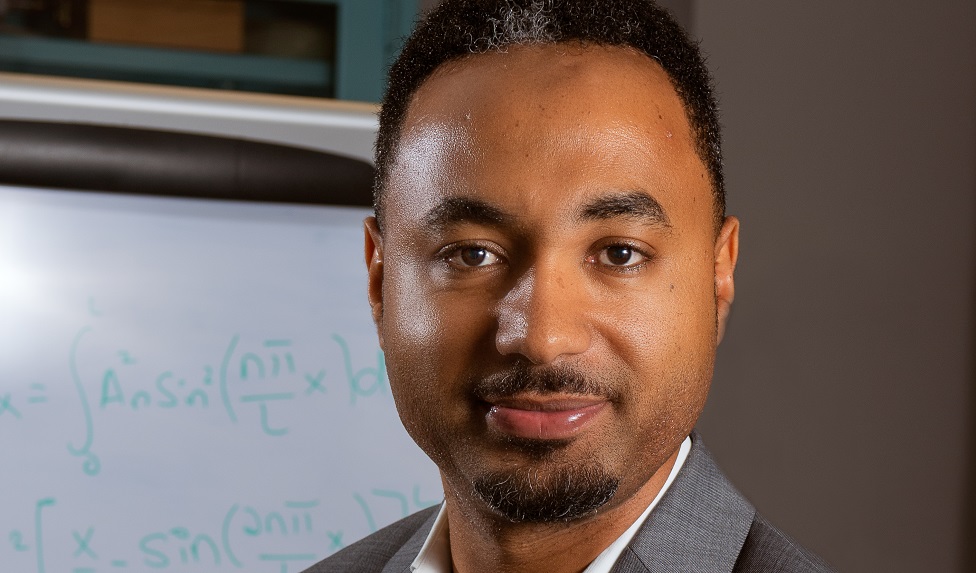 He admits it was a risky step to leave Ethiopia but the opportunities to work with cutting-edge technologies and on exciting research projects were hard to resist.

The inspiration to look out at the cosmos and wonder what was there, however, came from closer to home.

He had a religious Christian upbringing and says that his early introduction to the Bible led him to start asking questions about the universe and how things came about.

For some a strict adherence to the scripture could close off the exploration of different ideas but for Dr Berhanu it led him to look beyond himself.

“I was so fascinated about how things were created… [there was] the passion to know more, and the curiosity to know more about what the universe looked like and how big it is,” he says.

That willingness to ask questions and look for the answers has led a young boy growing up in Addis Ababa to possibly help solve one of the key barriers to further space exploration.

For him, there is no doubt that hard work as well as finding the right mentors were key to his success.

But he says “the first thing is to have a dream, have a plan and work towards your dream… definitely there will be challenges but don’t stop, just continue to work”.