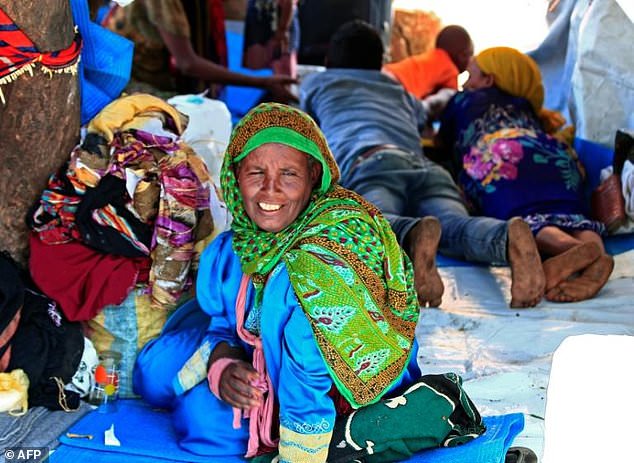 Around 25,000 Ethiopians fleeing conflict in the Tigray region have crossed into neighbouring Sudan

In a sun-baked and dusty wasteland in remote eastern Sudan, crews are labouring to rebuild a refugee camp for the 25,000 people who have fled heavy fighting in neighbouring Ethiopia’s Tigray region.

Exhausted and terrified men, women and children from the conflict zone have struggled against searing heat and hunger to escape ground fighting, air strikes, rocket fire and artillery barrages in northern Ethiopia.

Sudan — one of the world’s poorest countries, now faced with the massive influx — has reopened its Um Raquba camp, 80 kilometres (50 miles) from the border. The camp once housed refugees who fled Ethiopia’s 1983-85 famine that killed over a million people.

For now, though, desperate families are huddling in the shade of sparse trees because only two permanent buildings remain from the camp that closed years ago — an old school house missing a roof and a dilapidated former clinic.

Others are erecting their own basic tents or lying on plastic sheets provided by aid agencies. 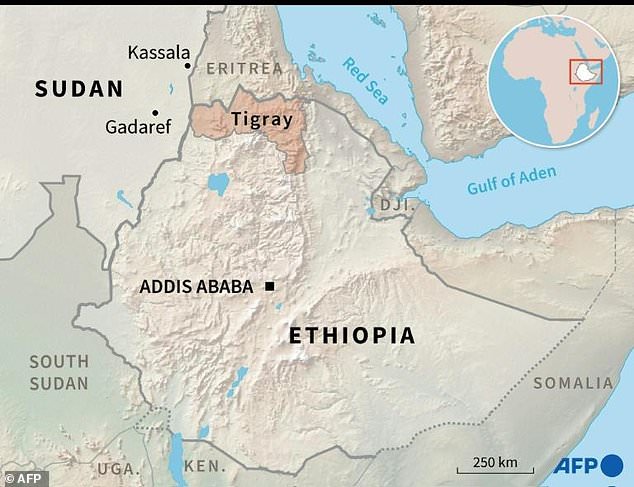 “You see I am sitting on the ground with my three little girls,” said one of the recent arrivals, 37-year-old Gabriel Hayli.

“We thought the authorities would transfer us here because there are shelters — but there is nothing, we have been told to wait.”

So far, only basic emergency relief has been set up at the isolated camp, located amid abandoned fields some 10 kilometres from the nearest village.

The UN’s children’s fund, UNICEF, has provided drinking water and the World Food Programme is handing out sorghum and lentil rations, assisted by the Sudanese Refugee Commission. The Red Crescent is running a field clinic out of a tent. 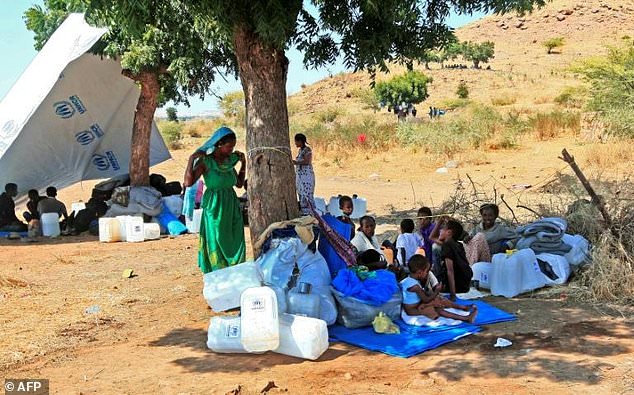 Several dozen Sudanese workers have started digging trenches in the rocky ground to lay water pipes and build the foundations of wooden shelters and administration offices.

“Electricity has been installed today but it will take at least seven to 10 days of hard work to get everything in place,” said Adam Mohammad, one of the workers.

“Our plan is to create three sectors that can accommodate 8,000 people each. We are going to use the land of the old camp and, if we can, we will extend it to the adjacent land.” 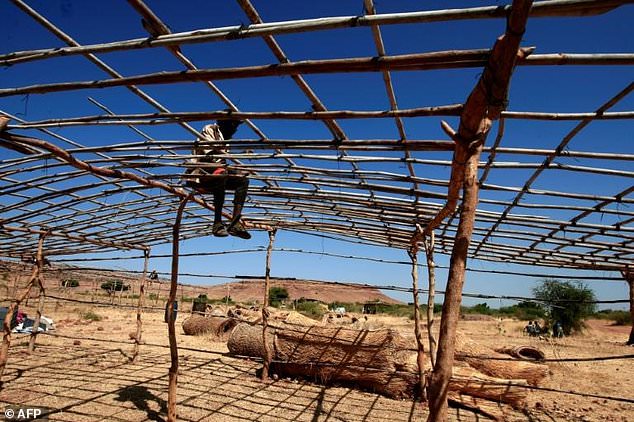 He said “this is the second time I’ve been involved in the establishment of this camp. In 1985, I started at the Sudanese Refugee Commission and now I’m doing this job again as a leader.

“At the time I received Ethiopians fleeing famine, and now I take them in because they are fleeing the war.”

In the early 1980s, Ethiopia was hit by extreme drought, but that spiralled into famine as the hardline Marxist government of Mengistu Haile Mariam battled Tigrayan rebels led by Meles Zenawi, who toppled the regime in 1991.

Zenawi went on to lead the country until his death in 2012, presiding over a precarious and narrowly based stability, built on Tigrayan political dominance. 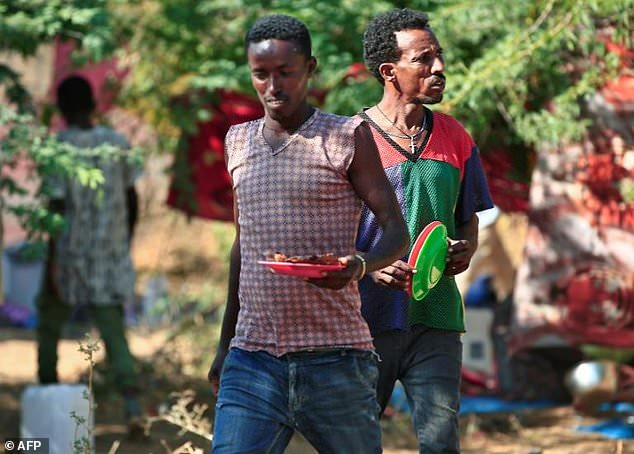 UNICEF has set up water tanks and the UN World Food Programme is handing out sorghum and lentil rations, assisted by the Sudanese Refugee Commission

The latest unrest in Tigray started when Ethiopian Prime Minister Abiy Ahmed, the winner of last year’s Nobel Peace Prize, announced he had ordered military operations in the region in response to an alleged attack on a federal base.

On November 4, Abiy — who in 2018 became the country’s first premier of Oromo ethnicity, Ethiopia’s largest group — sent the federal army to attack Tigray.

His move followed months of growing tensions with the Tigray People’s Liberation Front, which was the country’s ruling party under Zenawi, but now only rules over its home region.

Tigrayan forces on Saturday fired rockets at the Eritrean capital Asmara, which they accuse of assisting the Ethiopian federal army — an escalation that has sparked fears the conflict could destabilise the wider Horn of Africa region.

For now, more than 2,000 Ethiopian refugees are sheltering at the Sudanese camp, and both Khartoum and the UN refugee agency predict arrivals will multiply. 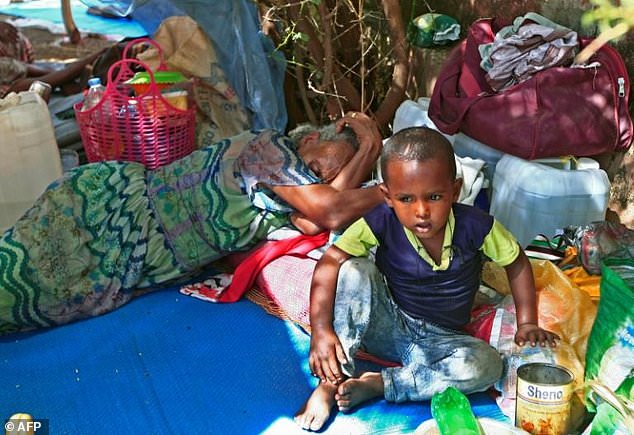 Many are traumatised after witnessing what the United Nations has warned are possible war crimes and “targeted attacks against civilians based on their ethnicity or religion”.

One of the refugees, Dahli Bourhane, 32, said he was both thankful and scared.

“The Sudanese do a lot for us and I thank them, but we are too close to the border and the place is very isolated,” he told AFP. “It’s very dangerous if the war spreads.”

The Mayor of Mogadishu must be…