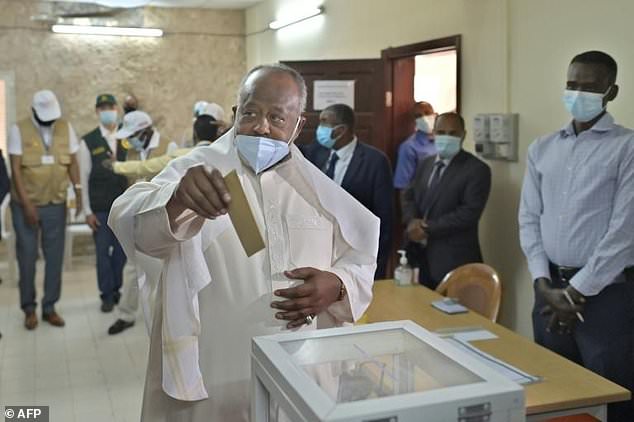 Re-elected for a fifth term in April, Guelleh has ruled Djibouti since 1999

Djibouti on Tuesday dismissed speculation about President Ismail Omar Guelleh’s health as “poison” aimed at destabilising the country and said the 73-year-old was simply taking a few days off to recover from overwork.

Re-elected for a fifth term in April, Guelleh has ruled Djibouti since 1999 and has used his country’s unique position on the Horn of Africa to lure investors and foreign military powers, all while keeping an iron grip on power.

Hours after rumours began to circulate Monday that Guelleh had flown to Paris and checked into a hospital, Foreign Minister Mahmoud Ali Youssouf issued a series of tweets saying the reports on social media were incorrect.

“All the information circulating on the networks is poison spread to disturb our fellow citizens,” Youssouf wrote.

“Our President is fine. A slight bout of fatigue from overwork and a lack of rest during the summer forced him to take a few days of rest and get a check-up.”

“The President of the Republic is on private travel, as was long planned on his agenda, and will be back in the next few days in Djibouti,” Mohamed wrote on Facebook.

A polyglot who speaks six languages, Guelleh, better known by his initials IOG, was the handpicked successor to his uncle Hassan Gouled Aptidon, the country’s first president after independence from France in 1977.

As Aptidon’s powerful chief of staff, he had control over security forces and the intelligence services in a role he held for 22 years.

In 1999, Aptidon stepped down, passing the torch to Guelleh, who was elected without a struggle.

Guelleh seized on Djibouti’s unique geographic location on the Red Sea to develop the tiny, arid nation of one million people into a reliable international military and maritime hub.

The third-smallest country by area on the African mainland, and sandwiched between volatile neighbours, Djibouti embarked on an infrastructure blitz, courting major investment in its quest to become the “Dubai of Africa”.

It hosts military bases for global powers including France, the United States, Japan and China.

Despite a plethora of infrastructure projects however, many Djiboutians still live in grinding poverty.

Guelleh’s government has also been accused by rights groups of cracking down on dissent, limiting free speech and suppressing opposition parties.

With an age cap prohibiting him from running a sixth time, Guelleh is expected to anoint a successor from within his own trusted circle, in much the same fashion as his own appointment.