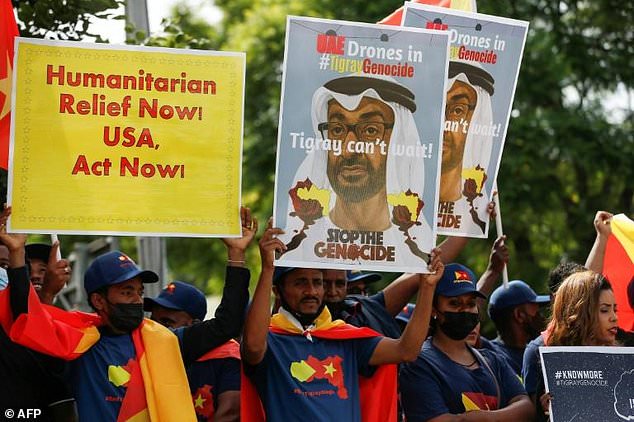 The United States voiced alarm Thursday after Ethiopia’s Tigray rebels announced a military operation in the neighboring Afar region, but hailed moves by the government to ease a state of emergency.

The Tigray People’s Liberation Front said Tuesday it was taking “robust actions” in Afar in response to pro-government forces, a month after the rebels’ withdrawal had raised hopes of ending more than a year of war.

“Reports of renewed fighting in the region are very concerning and we repeat our calls to all actors to cease all offensive operations, which also hinder that humanitarian access that we all know is so crucial,” State Department spokesman Ned Price told reporters.

He welcomed a push by Prime Minister Abiy Ahmed’s government to shorten a state of emergency imposed in November as the rebels seemed poised to threaten the capital.

Price voiced hope that the decision “will be approved soon” and urged the government to free all who were detained under the state of emergency.

The United States has heavily criticized Ethiopia, a longtime ally, over human rights concerns in the war against the Tigrayan rebels, including restrictions on aid delivery.

The United States on January 1 removed Africa’s second most populous country from a major trade pact.

David Satterfield, the special envoy for the Horn of Africa, and Molly Phee, the assistant secretary of state for African affairs, encouraged Abiy’s government to “seize what we believe is a current opening for peace” including by reaching a ceasefire, Price said.