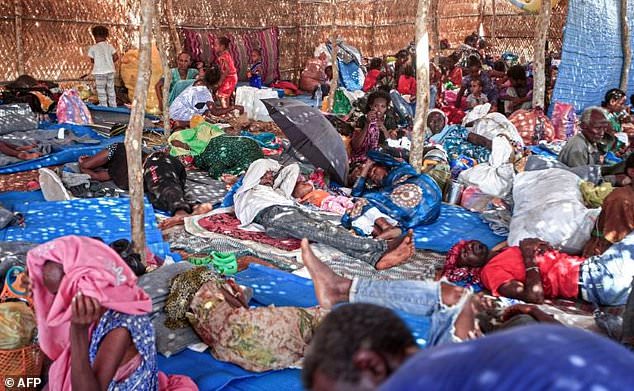 The United States said Thursday it saw no interest from Ethiopia and leaders of the Tigray region in mediation as violence raged into its third week.

US officials said they had urged de-escalation from both Prime Minister Abiy Ahmed and the Tigray People’s Liberation Front (TPLF) but saw little prospect for negotiations, with both sides claiming victories on the ground.

“At this point neither party, from everything we hear, is interested in mediation,” Tibor Nagy, the top US diplomat for Africa, told reporters.

“Our goal is a quick end to the conflict, restoration of peace, protection of civilians.

“At a point where mediation will become useful — i.e., that the two parties indicate an interest in mediation — you bet that the United States would be there in an instant.”

Mike Raynor, the US ambassador in Addis Ababa, said he has spoken both to Prime Minister Abiy Ahmed and Tigrayan leader Debretsion Gebremichael.

Nagy said the United States has also been in touch with neighboring Eritrea, which has strained relations with Washington, and voiced appreciation that the authoritarian state showed restraint after being hit by suspected TPLF missiles.

The US reiterated its support for Abiy, a Nobel Peace Prize winner who launched the military campaign in response to what he called an attack on Ethiopian forces by the long-powerful TPLF.

“Hopefully those positive forces will remain.”