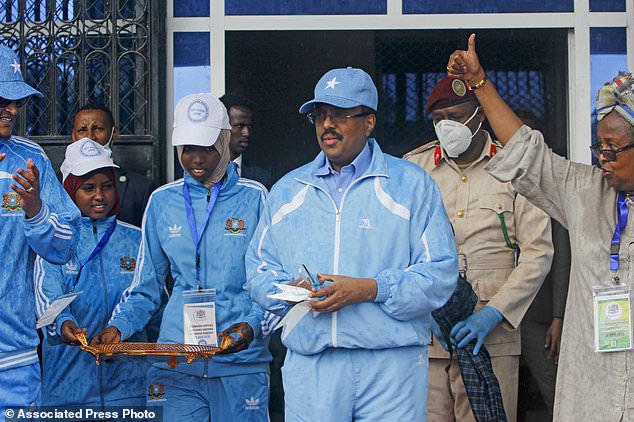 The mortar shells struck in and around the stadium, police Col. Ahmed Muse said. There was no immediate word on any casualties. The al-Qaida-linked al-Shabab extremist group often targets the city.

The blasts occurred after Somalia´s President Mohamed Abdullahi Mohamed attended the opening ceremonies that included a football match in the nearly empty stadium. He left before the shells hit.

A live television broadcast captured the sound of one of the blasts as an interviewer ducked and hurried off-camera.

The 35,000-seat stadium´s opening, complete with a large ceremonial flame, was a symbol of Somalia´s attempts at rebuilding after nearly three decades of conflict. The venue had hosted a base for the African Union peacekeeping force until late last year. 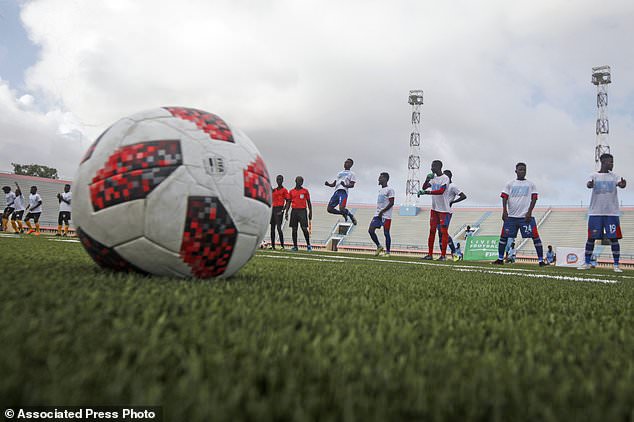 Football players warm up during the reopening of the stadium in Mogadishu, Somalia Tuesday, June 30, 2020. At least three mortar blasts struck the Mogadishu Stadium Tuesday evening, just hours after it was reopened by Somalia’s President Mohamed Abdullahi Mohamed, who had left before the shells hit, following years of instability. (AP Photo/Farah Abdi Warsameh)

New schools in Somaliland give…

The Last Man Standing and the…

Uganda cracks down on media…